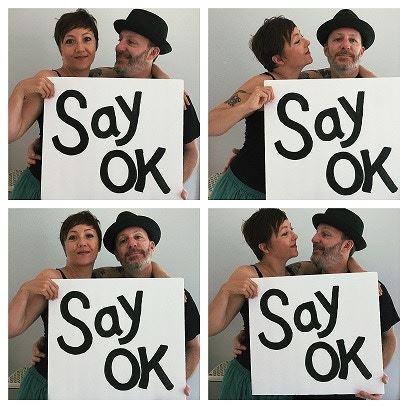 Uli and Birgit are wonderful people and excellent hosts! The area in which concerts are held is simply amazing - an old building separate from the house which has been transformed into a small theater and party space, complete with stage, full bar, and banquet room. The equipment they have is what you'd find in any good club - sound equipment, lights, etc. Although we didn't need a PA, it was available. For all of these reasons, playing this concert series is more like performing at a venue than a sofa concert, but although it has a lot of "extras," it still has the special intimacy that any sofa concert should have. The guests were all very attentive and appreciative, and really fun to play for and socialize with. After the concert, we enjoyed hanging out in the Weinstube listening to old jazz numbers and show tunes. It was a night to remember! THANK YOU!

Genna & Jesse are defined by a unique alchemy born of the quirky chemistry, intricate vocal harmonies and ardent storytelling which infuse their songwriting and vibrant performances. With whispers (and sometimes roars) of folk, country, jazz, blues, art song, and popular music from the ‘60s and ‘70s, their self-chosen genre “acoustic-soul” doesn’t quite encompass what they conjure up in their joyful live shows and sensual, deliberate albums. These two shrug off music industry conventions in favor of doing what feels good, and this genre-defying dedication to being current and free has an exciting and irresistible effect. Drawing inspiration from their romantic nomadic lifestyle, Genna & Jesse might best be described as modern troubadours, generously offering listeners glimpses of their always-moving world with something fresh, true and genuinely independent.

They are not content to perform only their own songs, however. With so much talent flying under the commercial radar, Genna and Jesse actively seek out and perform songs by lesser-known artists whom they meet in their travels and collaborations. Their evocative performances of these tunes provide a springboard for connecting community – artists and audiences. Every show is different because they are not content to sit in their comfort zone. They stretch their creative boundaries, finding (and constantly creating) new music and playing with it.

Genna and Jesse began performing together in 2009 when Genna hired Jesse to play piano in her San Francisco soul-punk band “Fiction Like Candy”. While working together, a romantic union blossomed and the two decided to write and perform as a duo.

Genna Giacobassi is originally from Lansing, MI. Her parents are both musicians and she grew up surrounded by, and immersed in, music. She attended Interlochen Arts Academy High School, where she studied voice. A rebellious spirit, she put aside a future in performing the works of others in order to obey her internal muse. In 1995, still a teenager, she dropped out of school and moved to the San Francisco Bay Area to hone her performance and songwriting skills. Her soulful voice is at once easygoing and acrobatic, with hints of Billie Holiday, Rickie Lee Jones, Lucinda Williams and Joni Mitchell.

Jesse Dyen has a colorful musical history — he has drawn praise for his anti-war anthem “Sons and Daughters,” from Willie Nelson, bought beer for Joe Strummer, broken Joan Baez’s guitar string, and been to jail with Daniel Ellsberg. Jesse has self-produced hundreds of tracks and has appeared in projects in the U.S., Europe and Africa. His album “Contents Under Pressure,” recorded in his hometown Philadelphia and featuring some of Philly’s finest musicians, has received radio airplay both domestically and internationally, and was recorded by producer/drummer Andy Kravitz, who also engineered and produced a number of the duo’s recent tracks including “Tumbleweed and Tonic” and “I Won’t do it Again”.

Genna & Jesse, newly married and fully embracing the gypsy lifestyle, are currently on an international perma-tour, promoting their newest release, “Wild Enough To Try.” Their tour, which includes club venues, house concerts, restaurants, cafes, and festivals, is being done with as small a carbon footprint as possible. 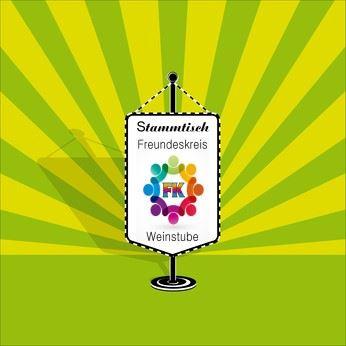